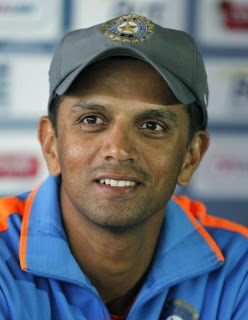 Dravid: Longstanding Performer For Ever
Hearing the name Dravid, institution will remember about his longstanding performance in most of the matches. Rahul Dravid is the fantastic cricket and player where Indian Cricket team is very lucky to have such a nice player in the international panel. His batting mode aids the Indian team to achieve the victory in many turns. Rahul Dravid has fans in worldwide. The pet names for Dravid are awarded by his fans as The Wall and Jammy. 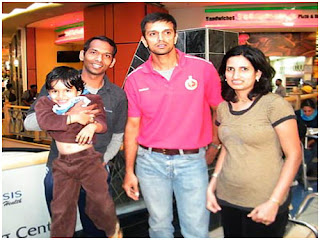 The original name of this fabulous cricket player is Rahul Sharad Dravid. He has born on January 11th of 1973 at the place Indore in Madhya Pradesh. Pushpa Dravid and Sharad Dravid are the parents of Rahul. He has one sibling named Vijay Dravid. He got married with Vijeta Pendharkar and leading a peaceful life with her. His wife is the best surgeon at Nagpur. He has two sons namely Samit Dravid and Anvay Dravid.
He has done his schools at St. Joseph's Boys High School. He has also received the bachelor degree with majoring in commerce from the St. Joseph's College of Commerce. Jammy is one of the most excellent batsman and wicketkeeper that he listed under the top batsman schedule. He is well equipped right handed batsman and talented right arm off break bowler. In most of the occasions, Dravid played the role as the best wicketkeeper for the Indian Cricket team. 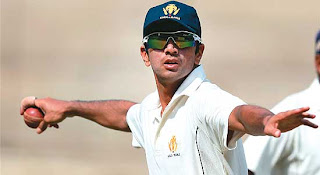 The best debut of his occupation has held by playing for the Karnataka cricket team, the tournament for Ranji Trophy, and facing against the Maharashtra cricket team. After that till now he is partaking and showed his extra ordinary performances for the teams like Indian Cricket team, Scotland, Asia XI, ICC World XI, Karnataka, Kent, Marylebone Cricket Club, Rajasthan Royals, and Royal Challengers Bangalore.
Dravid has played his initial One Day International cricket match against the team Sri Lanka and the match held at 3rd April of 1996. Following that, in 20th June of 1996, he selected and participated in his first test match that played against the England cricket team. 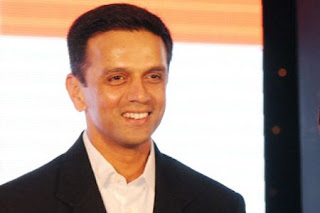 He has obtained the highest rankings from ICCI in his career for two times. In One Day International match, he got the fifth place that published at 27th August of 2007. And also he has secured the Number One place for the test matches in 2nd January of 1999. 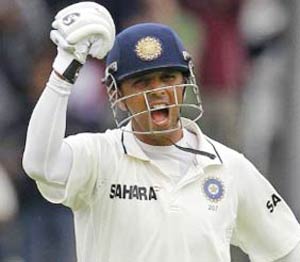 In test cricket series, he is one among the three batsmen who scored centuries in both innings. He has concluded ad the “Man of the Series” in the Cricket World cup that held at 1999 for gathering 461 runs. He is the captain of our Indian cricket team for the World Cup Cricket, which held at 2007. He descended from the posting of captainship and withdraws to our present captain Mahendra Singh Dhoni in One Day International match and Anil Kumble selected as the captain for test matches. 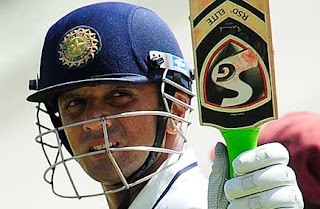 Till date, Rahul Dravid has won lots and lots of awards and honors. He has won the prestigious Arjuna award in 1998. He has named as “Wisden Cricketer of the Year” in 2000. In 2004, he has received high status award Padma Shri. He has secured the reward and entitled as “Best ICC Test Player of The Year 2000” and “MTV Youth Icon of the Year 2004.” The high honor is given to Dravid by awarding the “Best Captain of the ICC's Test Team” in the year 2006.
The great loss for our Indian team has happened at 16th September of 2011. Yes! On that day Dravid played his last One Day International Match and announced his retirement from ODI. The last match has held at Sophia Gardens, Cardiff on Friday and the match against the team England. In that match he obtained 69 runs from 79 balls, where he has being bowled by Graeme Swann. Mean while, he has also retired form the Twenty 20 match.
His nick name “The Wall” is exactly apt for him because in so many critical circumstances his batting helped a lot for his co players. While the match is going on, one side the team is losing all the wickets one by one and in another side Dravid is standing like the wall and played for our team that lead to success. He is the kind of person that always looks silent. Till date, he continuing is batting career in the test matches and creating some new awesome record breaks in his own excellent styles.
Indian Players Rahul Dravid Rahul Dravid profile 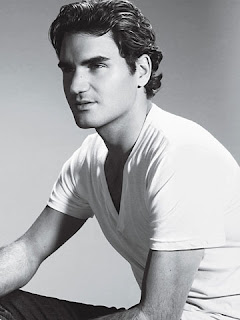 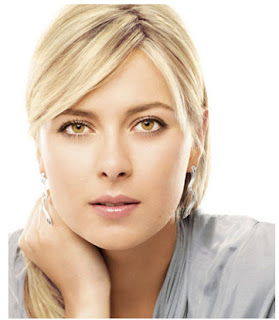 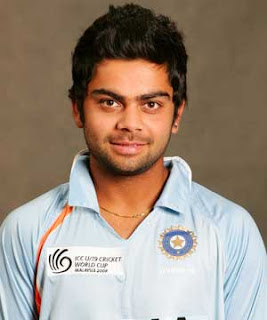 Admirable Hits Performed By Kohli       The young star in present Indian cricket team is Kohli. He is one of the best and energetic all rounder in mass Indian Cricket team. The full name of this fantastic player is Virat Kohli . The pet name of Kohli is Cheeku . He came to the earth on November 5th of 1988 at the headquarters, Delhi. Prem and Saroj Kohli are the parents of Virat Kohli. Unfortunately his father passed away in December 2006. And he has one brother named Vikas. He has completed his school age at Vishal Bharti and Savior Convent .      He has participated and showed his talent for the major teams like India, Delhi, India Red, India Under-19s , and Royal Challengers Bangalore. The batting mode of Kohli is the right handed batsman and also the bowling style is right arm medium. He is descended as the middle order batsman in fabulous Indian Cricket team.       Kohli received the best and fantastic compliments from the great cricket player and the legend Anil Kumble . H